What are the benefits of team collocation, really? 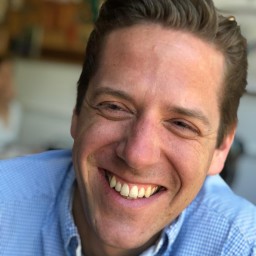 What are the measurable benefits for a team that works on the same product to work in the same physical location? Are there any case studies that quantify the benefits of a team working in the same location?

The Agile Manifesto speaks about “individuals and interactions”, and the principals behind it weigh open and easy communication heavily as a factor for success.

Consistent with this, Osmotic Communication, as coined by Alistair Cockburn, refers to the free flow of information into the background hearing of members of a team — so that they pick up relevant information though osmosis. Team members seated in the same room may ask one another questions. The answers to which other members of the team may tune in to, contributing to discussion where the topic is relevant to their own work, as in the example below:

We had four people doing pair programming. The boss walked in and asked my partner a question. I started answering it, but gave the wrong name of a module. Nancy, programming with Neil, corrected me, without Neil ever noticing that she had spoken or that a question had been asked.

Impact and quality of osmotic communication

He rated good levels of osmotic communication by the answer to two questions:

The results of the Ambysoft 2008 Agile Principles and Practices survey which explored, among other things, the effectiveness of communication strategies between developers within an agile software development team and between team members and stakeholders, are summarised in the table below. Answers, rated on a range of -5 (very ineffective) to +5 (very effective), are fairly well aligned with Cockburn’s own predictions and make a pretty strong case for the necessity of colocation.

The benefits of the task board!

A common and proven approach for an agile team in helping to track and report its work is to use a physical task board. Usually done on a wall, the idea is to move task cards about between columns representing “to do”, “in progress” and “done”. Note cards are moved by the people who do the work and the resulting board represents the current state of all project work in an easy-to-interpret visual way. Teams practicing Scrum refer to this as the Sprint Board. This method is common across teams practicing Scrum as well as Kanban.

In a recent study by a small group of researchers in Finland, teams of masters students were instructed to use Lean Kanban in their software development projects. They then were subsequently interviewed about their perception of the benefits of this methodology. Researchers found there to be significant support for the success of the method:

Using a tool to replace a task board is generally seen to negate the benefits of the physical board. Teamwork software is altogether commonly thought to reduce information fidelity. Information can never be as effectively conveyed as in face-to-face communication. Teamwork software delays information transfer, and in some cases lead to information not being transferred at all.

A case study on the effectiveness of the physical task board

Another research project — The Impact of Collocation on the Effectiveness of Agile is Development Teams — which used both quantitative and qualitative methodologies to provide insights into the optimal design of a collocation working space. It was carried out with two Cape Town based software development companies. Each employed the Scrum agile product development practices in a collocation setting. Data was collected through online questionnaires distributed to all co-located team members. These surveys consisted of statements to which respondents indicated their (dis)agreement using a five-point Likert Scale. Data was also collated via semi-structured interviews and observations.

Analyses of the data collected led to the conclusion that the Scrum software development teams working in the collocation environment were generally satisfied with the design of their co-located environment. Working in an open plan area and being co-located with other software development teams was seen to be beneficial. They confirmed that it led to increased knowledge and information sharing, and promoted the feeling of involvement and inclusion for each team.

I would add to this from what I’ve seen across organisations that modern open-plan workspace design should be followed that manages light visual team-space separation, as well as strong acoustic treatment to manage noise levels.

A key recommendation arising from the findings is that managers should not only consider co-locating team members with each other. They should also investigate the possibility of colocation with other wider teams in an open-plan environment. Thus contributing to the feeling of connectivity and involvement that is shared within the environment.

A team practicing collocation means reduced coordination management. One common myth concerning distributed development is that the cost implications are no greater than the sum of the development expenses of each location. In reality, it is necessary to add to this the not insignificant overhead of collaboration and integration among the distributed team members. This includes additional labour costs, travel, as well as the introduction and maintenance of a set of tools. (Monica Yap, 2010) Adding to this we should also consider the cost of delay caused by the communication overhead. This results in value being released to the customer slower, thus reducing economic potential.

There are ample benefits of working in the same location

In this article I shared a small selection of the overwhelming evidence that shows how much more effective the colocation of a team is. It is my recommendation to seek collocation of a team wherever possible. Having the team together also helps a lot with the team’s growth in mastery. If it is not immediately possible I encourage you to work towards it.

In the meantime, or if you have no choice but to distribute your team members, I can recommend the body of work of Lisette Sutherland (no relations to Jeff Sutherland, in case you’re wondering). She specialises in helping remote teams work better together.

Thanks for reading this article!

Working with Georg was a game-changer for me.

For teams to learn to be effective, there typically needs to be a degree of vulnerability and learning trust; a safe place is needed for that. Georg creates this safe place with ease.

Let’s Talk About You

What True Product Ownership is.

What True Product Ownership is.

Hone your Product, Team, and Leadership Craft with